How Does Poverty Affect Health?

There is a strong positive correlation between socioeconomic status and health status. This is often due to the lack of access to quality healthcare. It is harder for those of lower socioeconomic status to access healthcare due to many reasons that pile up in some cases. Lack of access to health clinics and healthy foods, inability to afford transportation and healthcare, restricted areas of living to dangerous areas, exposure to pollution and dangerous elements, inability to take time off from work to prevent health issues, and heightened levels of stress are many of the compounding factors. Those in poverty have to make choices that may negatively affect their health because their options are restricted. Individuals with lower socioeconomic status show increased instances of diabetes, heart disease, lung cancer, obesity, hypertension, and difficulty breathing. It is important to note that many of these health problems are preventable with adequate healthcare services. These negative health affects linked to poverty lead to a greater need for physicians as leaders and health care providers in low income areas. 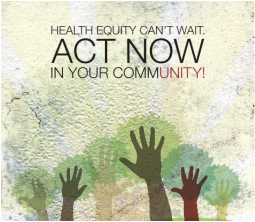 In the United States, persons of minority racial/ethnic categories present the majority of people living below the poverty line.  Collectively, Blacks (23.5%), Hispanics (29.3%) and Asians (4.1%) comprise 52.9% of persons designated as poor by the US Census Bureau.  In contrast, non-Hispanic Whites represent 40.7% of all poor persons (1).  Consequently service to minority health in Medically Underserved Areas in both rural and metropolitan setting is a major focus.

Low incomes affect a number of areas: housing, diet, neighborhood, prenatal care, social network and support groups, transportation, and healthcare coverage. Low-income neighborhoods often experience higher community stress levels, higher exposure to pollutants, and lower community resources (i.e. grocery stores, libraries, sides walks, street lights, etc) (2). These stressors may result in heightened vulnerability to environmental hazards and disease, while food deserts (little access to variety of food and/or stores) and cost of healthier foods (i.e. vegetables, fruits, lean meats) lead to poor diets. Poor diets in turn are associated with higher rates of diabetes as well as generally negative health consequences (lethargy, poor cognitive and physical growth in children). Living near dump sites and other sources of toxins can directly cause disease in people and pregnancy complications. The combination of poor diet, unsafe living conditions, stress, and poor prenatal care due to lack of resources increase low birth weight and infant mortality rates for these populations (3). Additionally, cost is seen as the biggest barrier to seeing a doctor and getting the appropriate healthcare coverage across all minority groups (not just those in poverty) (4). Not only that but there is a shortage of health professionals that work in these areas. With the implementation of the Affordable Care Act, indigent folks will have insurance (fixing some of the cost problem), but there will still be no one willing to provide medical services.

Second, most minorities experienced a lower level of education than the general population (3,4). Lower educational attainment leads to risky behavior, such as smoking and poor diet choices (in addition to the cost problem), because the individual does not understand the variety or the magnitude of the health consequences of their choice. It also decreases the patient’s ability to comprehend written information and instructions from physicians, health care facilities, and third party payers and on medications. Since a great deal of our health care system is organized around the assumption of literacy in English, many minority populations cannot optimally access and utilize health care (3).

Third, a sense of frustration and powerlessness that often accompanies living in poverty, perhaps as a result of racial, ethnic and gender inequities, generates medical conditions such as anxiety, depression, and increased rates of hypertension.

Lastly, it is interesting to note is that there exists an “epidemiological paradox” in which the health statuses of Hispanics is around the same level as the non-poor White population, even when Hispanics are in poverty. This difference between Hispanics and other minorities is thought to emanate from the perception of powerlessness and negativity (3). Hispanics who report perceived negativity display similar characteristics to other minority groups rather than following the paradox. This evidence shows how crucial the mental aspects of poverty can be for in minority health.

Individuals with lower socioeconomic status in minority groups face potentially the largest health disparities in the United States. Medically Underserved Areas are essential locations to reduce these disparities through service and leadership. 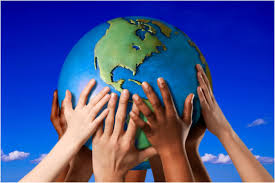 The issues identified with poverty's effect on minority health are similar to those with two other major categories of health in poverty, Rural Health and Health Care for the Disabled (mental and physical). Below are synopses of several articles and book citings describing these issues in detail.

Health centers in the United States provide underserved patients living in both rural and urban areas with low or no cost primary medical care.  This article gathers research and presents an assessment of health centers effectiveness in healthcare delivery to rural and urban populations.  By providing reliable primary and preventative healthcare, these health centers are proven to significantly reduce health status disparities.

This research focuses on socioeconomic, rural-urban, and racial inequalities in the U.S. and their effect on cancer mortality rates.  The study found that higher levels of rurality were associated with higher cancer mortality rates for the all populations, especially in men.  To reduce the inequalities from these screenable cancers, improvements in social and physical environments, including poverty reduction, access to places for physical activity, and access to affordable, nutritious food, and access to screening programs are needed in both underserved rural and urban areas.

Americans with mental illness demonstrate no difference in their likelihood of being uninsured when compared to those without mental illness. However, this study finds that those affected by mental illness are twice as likely to report being denied insurance. This denial is most often based on preexisting conditions, driving these Americans to delay needed health care because of cost. They also report staying in jobs due to the fear of losing current health care benefits and an inability to gain access to new benefits in the future. Efforts to improve health care access for those with mental illness may need to reach beyond providing insurance or access to general medical providers. Attitudes and policies must be adjusted to alleviate these issues.